HARRISON THROTTLES SAINTS IN 4A-1

The Goblins hosted Shiloh Christian in conference basketball and handed the Saints a 76-54 loss. Harrison remains undefeated in 4A-1 with a 2-0 record.

Despite earning two fouls in the first 22 seconds, Goblins senior guard Ben Elliott still led Harrison with six points by attacking the basket. Gatlin James completed a three-point play along with a score in the paint. Bryce Bonds, Abe Glidewell and Gabe Huskey joined the party along the way with scores at the rim to give Harrison a 17-10 lead at the first break.


Huskey began the second period with a jumper followed by Ethan Edwards scoring after a steal before James put on a shooting clinic for the Goblins.

James hit a trey from the right corner and then from the left corner before ending his streak behind the arc from near the top of the key. The sophomore then scored in the post for his 16th point of the first half.

Bonds ended the first half by pulling down a defensive rebound and sending the outlet pass to Edwards for a layup that gave Harrison a 34-22 lead at halftime.

Elliott and Edwards took over in the third period after James hit a jumper and Bonds buried a 3-pointer.

Harrison’s duo of Elliott and Edwards scored the next 16 points, but Shiloh Christian had their best quarter of the game in the third with 18 points but trailed the Goblins by a 59-40 score after Logan Plumlee and Edwards finished the period with back-to-back field goals.

Timber Crenwelge sank a 3-pointer to start the final frame and Plumlee and Bonds followed suit with two points apiece leading up to Edwards hitting a jumper on the right baseline.

Harrison took their biggest lead of the ballgame at the 3:07 mark in the fourth when senior Josh McCormick intercepted a pass on defense that resulted in Edwards draining a deep 3 from the left wing to give the Goblins a 71-49 lead.

Edwards followed with another triple on the next possession.

Julius Scott hit a pair of charity shots in the closing minutes to end the Goblin scoring as Harrison took a 76-54 win.

The Goblins improve to a 9-9 overall record. 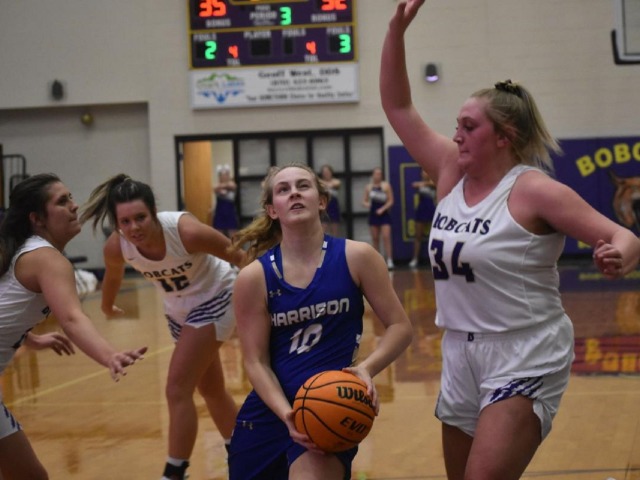 HARRISON GIRLS COME AWAY WITH WIN 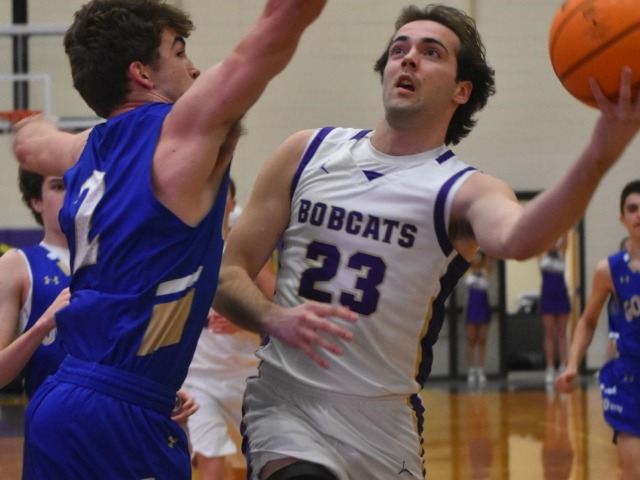 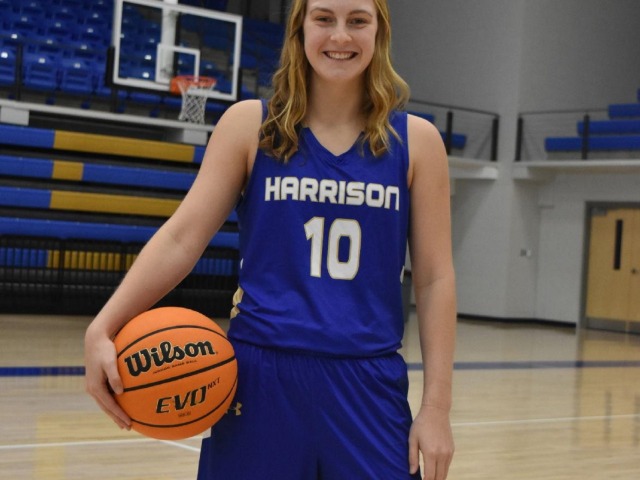 HARRISON CHECKS IN AT NO. 10